I have always wanted to visit Rosslyn Chapel, this stunning building with its mysterious references to the Da Vinci code (made popular by Dan Browns novel), the Knight’s Templar and the Holy Grail.  It is a popular location for filming and has recently attracted more attention with the arrival of Vin Diesel in the city of Edinburgh filming Fast & Furious 9 directed by Justin Lin.

Vin Diesel the actor has released a short video stating that “he and the top executives from Universal had a sacred meeting about Fast 10 here at Rosslyn Chapel”.  With 57 million followers on Instagram, Rosslyn Chapel I suspect is only going to get very busy.

If you are expecting a large, imposing building you will be surprised to discover that it is in fact, quite small.  Rosslyn Chapel, formerly known as the Collegiate Chapel of St Matthew, is a 15th-century chapel.  Located in the village of Roslin, Midlothian it is around a 20 min drive from Edinburgh City.  Easy to reach from the city by car or local bus follow the brown tourist signs. The easiest place to catch the bus is on the Bridges (No 37) in the city centre. There are no trains to this location.

Rosslyn Chapel attracts attention in part to its elaborate carvings and  a sequence of 213 cubes or “boxes” protruding from pillars and arches with a selection of patterns on them. Many people believe that they are a coded message and the position on east of west facing walls are pieces of a bigger jigsaw as yet completed.

It is also believed that the Knights Templar, a Catholic military order known for their skill in fighting in the Crusades were connected to Rosslyn Chapel and that the treasures of Knights Templar were removed from Paris in secret and hidden in a Scottish Temple.

There is a village near Rosslyn called Temple, which was once the  genuine headquarters of the Scottish Knights Templar, the place was known as Balandtradoch.  This is from the Scottish Gaelic, ‘Baile nan Trodach’ which translates as “Town of Warriors”.

There are over 100 Green men inside and outside of Rosslyn Chapel a traditional feature of medieval churches.  It is said that the green man symbolise the capacity for great goodness and for significant evil. However, these faces  have also been found in important buildings since Roman Times… fuelling the theory that there is a historical connection.

The interior of the building is exquisite and has a fascinating history especially the Apprentice Pillar.  This stunning column has a sad story which I will not recount to you as it will spoil your visit but believe me you will love the ornate and beautiful carvings within Rosslyn Chapel.  Photographs or filming are not permitted inside the chapel or the Sacristy underneath. However you can film the exterior.

There is small visitors centre, shop with gift souvenirs and small cafe with outside decking looking over Roslin Glen.  I had lunch and the soup, tea and cakes were delicious.  There is a small interactive area but I think to get the most out of the chapel, a tour would be ideal, these are available throughout the day with the admission price.

The other connection that the Chapel has, is the discovery of sub terrain caves known as the Gilmerton Coves. Highlighted in the Edinburgh news, these caves run much further and deeper than originally thought. Some people think they are connected to the Chapel and that Mary Queen of Scots sought refuge in them before her imprisonment and secret tunnels were used by the Knights Templar.  Fact or fiction …or just another theory?

It’s a fascinating place and if you do visit remember that you can spend time walking through the Glen, looking at the many beautiful and fascinating graves and statues behind the Chapel.

To access the Castle ruins, follow the road down the side of the car park,  its a ten minute walk, steep and uneven, not suitable for dodgy legs or walking sticks or wheelchairs.

The Castle is a ruin but there is a  mansion within the castle walls, which can be rented from the Landmark Trust as a truly memorable Scottish accommodation, overlooking the Glen. The castle is virtually unseen unless you walk down into the pretty Glen where you will discover its true magnificence.

If you walk into the Glen look our for Grandma tree and Grandpa tree, ancient trees that many travelling people say have special energies… they are pretty awesome and do not remove any of the fairies or pretty stones that you see hanging from the branches as you may incur the wrath of the tree spirits.

To see my full  portfolio click here on Shutterstock.

Rosslyn Chapel guides  provide talks throughout the day, which are included in the admission price. These are at Monday to Saturday:
10am, 11am, 12.15pm, 2pm, 3pm & 4pm.

It gets busy inside so mid week will be quieter.

Thanks for reading. I appreciate your time.

Hi, I am Lou - mother, blogger and amateur photographer. Owner of 3 kids and one mad black Labrador. Passionate about sharing my travel tips to make vacations run smoothly for all the family. My photo are available on shutterstock.com View all posts by edinburghcitymom 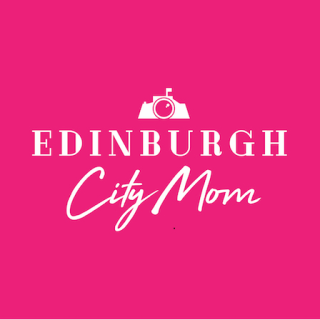 Hi, I am Lou - mother, blogger and amateur photographer. Owner of 3 kids and one mad black Labrador. Passionate about sharing my travel tips to make vacations run smoothly for all the family. My photo are available on shutterstock.com